Even us short course race fans have a need for a long desert event and what better way to be part of the NORRA 2019 Mexican 1000 sponsored by Yokohama. Team Chenowth at this year’s NORRA 1000 was a memory tribute to teammates who now race in heaven; Baja Bob Gordon, Don Prim, BillHeynko, Mike Thomas and Dominc Robertson.

Anyone challenging Baja knows how brutal the event can be even in a race known as “The Happiest Race on Earth.” As part of Car 229 we had more than our share of troubles as on day one the engine blew in the Challenger Era 1977 Chenowth. We did get towed across the finish so were eligible to race the next day. We then towed the car into the Chenowth museum located near Percebu.

For the evening’s festivities the show cars were moved out and the teams used the museum for needed repairs. Our guys replaced the engine while I enjoyed the hosted party with food, beverages and live music.

Next day the car had what appeared to be clutch problem but made it to the finish. It was determined the throw out bearing was at fault so the engine had to come out again. On the third day it can be said Baja won again as the dreaded EL Arco area ate our back up engine. I tried to go in to retrieve the car and got myself with trailer stuck. I came around a corner and a local was stuck causing me to stop in the soft stuff and when I tired to back up around a corner with the trailer it was no bueno. I was then retrieved by Dave Tilton who I must add can really tow a trailer in reverse. So Dave ended up going in to retrieve Glenn Harris in the 229. I got turned around and couldn’t find the main El Arco road so Dave had to tow Glenn a total of 70 miles out to the road. (Note to one self: Don’t go to Baja without your map). So not having another spare motor the 229 was put on the trailer and sent home.

Other teammates did bring home victories for the Len Chenowth name as car 72 driven by Casey Mears, Rory Chenowth and Tim Cowle took first in their Vintage 4-cycle Buggies class and third overall. Another class winner was Charles (Rudy) Townsley who brought his Chenowth Chromoly Two Seat Pioneer Buggy all the way to Cabo. 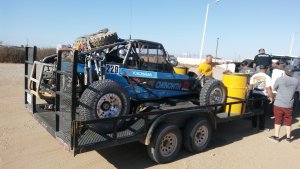 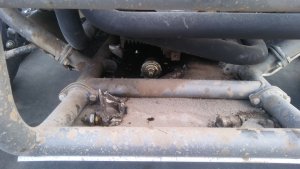 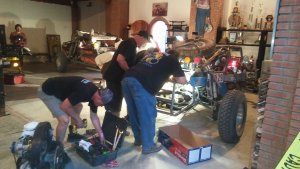 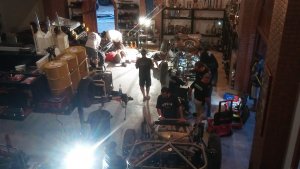 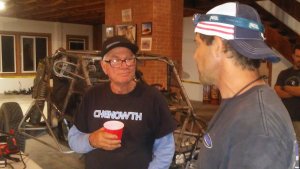