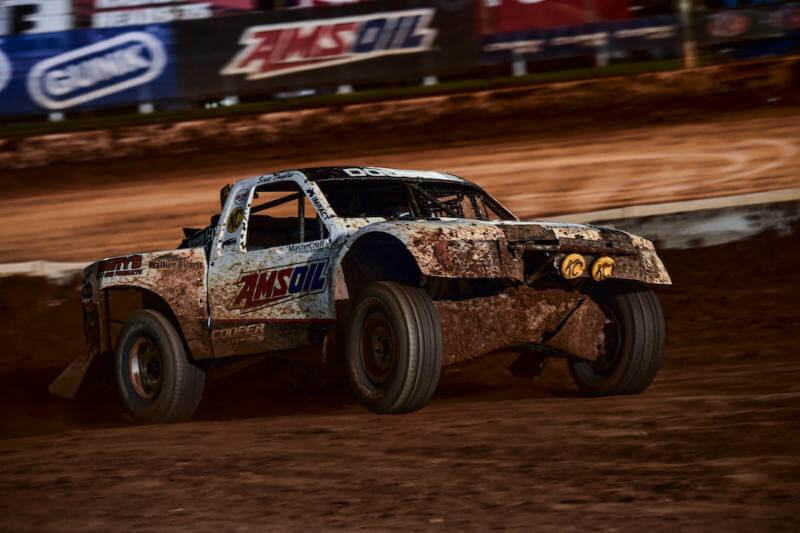 Scott Douglas took the checkers on Day 2 of the TORC Showdown at the Charlotte Motor Speedway Dirt Track. Douglas said he had to over come several mechanical issues to survive for the win. Douglas added, “The last three laps were just nerve-wrecking because I knew we were bad fast, but thins=gs just started breaking. The previous night winner, CJ Greaves, had mechanical issues but remains in the Pro 4WD points lead with only one race to go in two weeks at Crandon. The night was not a total loss for Greaves as he locked up his third-straight Pro 2WD title. In the Atturo Tire Pro Light class Kyle Kleiman earned his fourth-straight win of the season. Up next is the TORC: The Off-Road Championship presented by AMSOIL grand finale on Labor Day weekend in Crandon, Wisconsin.