LOORRS Round 5 in Utah 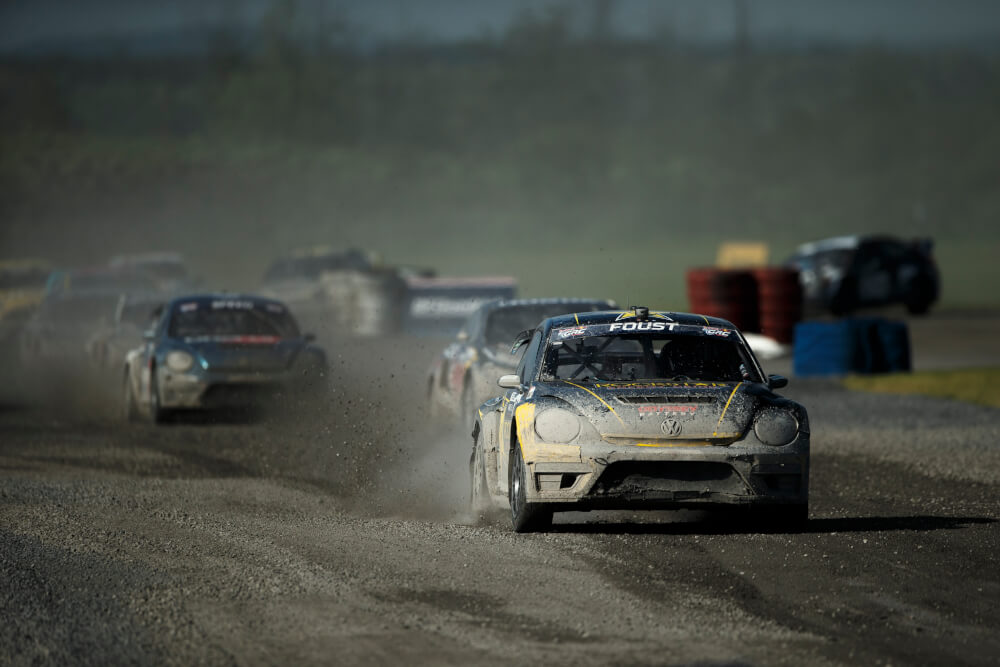 Tanner Foust claimed the championship lead for the first time in the 2017 Red Bull Global Rallycross season with a statement victory at the Canada Aviation and Space Museum on Sunday. Foust, who finished second the day before to local favorite Steve Arpin, used a brilliant launch off the line to claim the victory and close out the doubleheader event, part of the Ottawa 2017 celebration of the 150th anniversary of the confederation of Canada.

“What a finish!” Foust said after taking the victory. “There were a lot of familiar faces from yesterday, and I think we made a lot of rallycross fans up here. That’s what it’s all about, showing this great sport to new places. This track was pretty tough, and I’d like to thank BFGoodrich for making some tough tires. I’m incredibly happy—to get a 1-2 for our team out of that is really spectacular.”

Determined to come back from missing Saturday’s final, Scott Speed carried the momentum of the morning’s Big Rig Brewery Pole Award into the heats and semifinals, sweeping his way into the top starting spot in the final. Next to him, teammate Tanner Foust had won the second semifinal, with Mitchell deJong on the outside.

After an aborted start due to a Chris Atkinson rollover, all 10 cars returned to the grid to try again. This time, Foust and deJong would both get the best of Speed off the line to run 1-2-3 in the early stages. deJong would hold off Speed for the first nine-plus laps, but on the final straightaway, Speed pulled forward to take second place by .195 seconds. Ontario native Arpin would fail to finish the race after first-lap contact, dropping him to second in the standings.

In GRC Lites, Cyril Raymond recovered from a pair of disappointing heat results to win his semifinal and take the top starting spot. He used a terrific launch in the final to take an early lead, never looking back on the way to his fourth consecutive victory. Dreyer & Reinbold Racing’s Travis PeCoy nipped Alex Keyes at the finish line to grab second, as the teammates completed the podium.