Glen Helen Raceway was again “Feeling the Speed” Saturday 3/26/22 as they hosted Round 3 of the GBC UTV/Quad/Trophy Kart Short Course Series. The series is sponsored by GBC Performance Tires, manufacturers of a wide range of tire sizes and tread patterns for the recreation and farming markets. Round four of the 10 race series is set for April 23.

There was plenty of fast racing action throughout the day with a lot of that action happening in the UTV Prod NA 1000. As the dust settled it would be Cole Fike taking repeat wins in the class. He was able to hold off a hard charging Paxton Schendel in both races. Erik Jacobs rounded out the podium with his 4-3 results. Brock Hammer pressed for the lead in race one but rolled in his attempt to take back the lead, causing him to DNS race two. After three rounds, Joe Collinsworth leads the class series with Paxton Schendel and Syd Woods tied for second only one point behind.

Cole Fike came back out in the UTV Stock class to earn another overall after placing second in race one to Joshua Guillen. Guillen was 1-2 for second on the day. Brian Ferrell took home his third place honors by placing 5-3 on the day. On points Ferrell leads the class with 60 over Megan Mitchell having earned 50 points.

Racing stayed consistent in the UTV 170cc 9-12 years Beg class as Hudson Nicot proved unbeatable with his repeat trips to the checkers first. Desiree de La Cruz finished second in both events and Jaxon Ebberts went home with a pair of threes. The win kept Nicot the points leader with Jasson Baer second, three point behind.

There was some back and forth action in the Mod Trophy Kart races. Maverick Openshaw would end the day on top of the podium with his 2-1 results. Rhyan Denney was a close second as he went 1-2 for the day. Drake Bitetti was third with repeat third finishes. On season points Bitetti leads the series with a 20 point advantage over Openshaw.Kylee Collinsworth battled with Jayden Manchester in the JR 2 Trophy Kart class and would end the day taking first with her 2-1 results. Scoring 1-2 Manchester was second. Chris Collinsworth was third with 3-4 results. Currently Karsyn Ferrell holds the points lead with a six point lead over Charlie Carty. Today’s winner is third nine points short of Ferrell.

Anthony Baxter had to work for his win in the Quad Exp races. Baxter went 2-1 on the day with Gilbert Flores. Second was Flores with his 1-2 effort. Third was Tyler Faltinesky. On points, Baxter leads the series with six points over Faltinesky.

Randy Faltinesky won the Quad Int class after winning race one then coming back to place second to Devin Vestal in the second moto. Vestal had finished 4th in moto one to earn him second overall. Tristan Baker was third (3-3). For the season Vestal leads Lance Lewis by two points.

There were two entries in the Quad 30+ All class which was won by Vallen Harris taking both motos over Angel Vargas. The win keeps Harris in charge of the season total points.

Billy Pointer took home repeat wins in the Quad 250 class. Placing second in class was Bill Pointer (2-2) and Connor Hastings was third with his 4-3 results. The race was Billy Pointers first for the series but has him in fifth 28 points behind point’s leader Zaine Flagg.

Quad Novice winner was Alejandro Gonzales after placing 2-1 on the day. Jessie Sanchez was second after winning moto one then placing second in moto two. Miliano Gonzalez finished third with 4-3 scores. Gonzales had won Round two and todays win totals 50 points over angel Vargas’ 44 points.

Susan Baxter had repeat wins in the Quad Beg class. Carly Vestal was second (2-2) and Angel Vargas was third (3-3). After three rounds of racing Baxter has a perfect score of 75 to lead the series challenge.

Connor Hastings took top honors in the Quad 90 cc class taking repeat wins over Zaine Flagg. These two are currently one-two in the series with Hastings six points ahead. 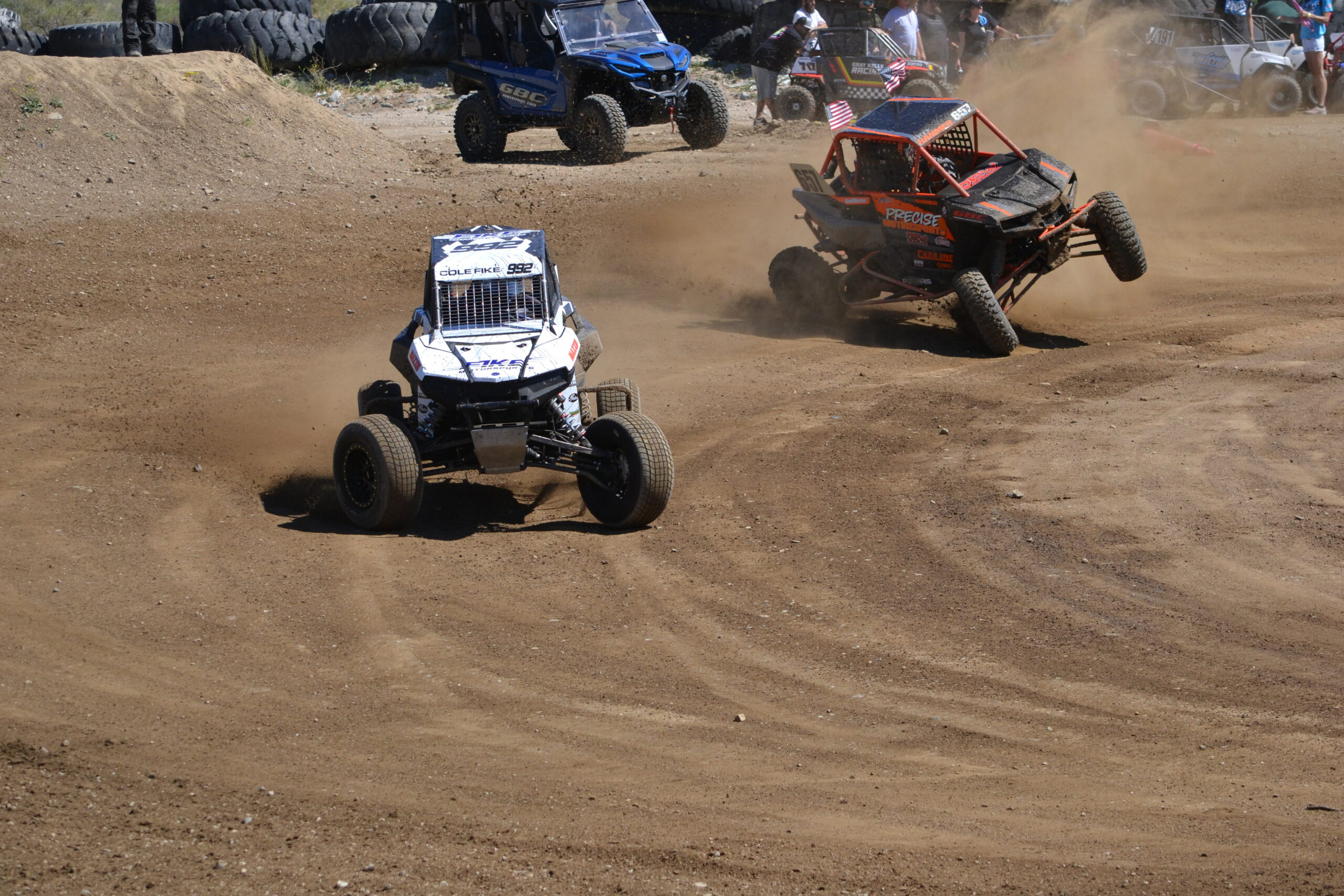 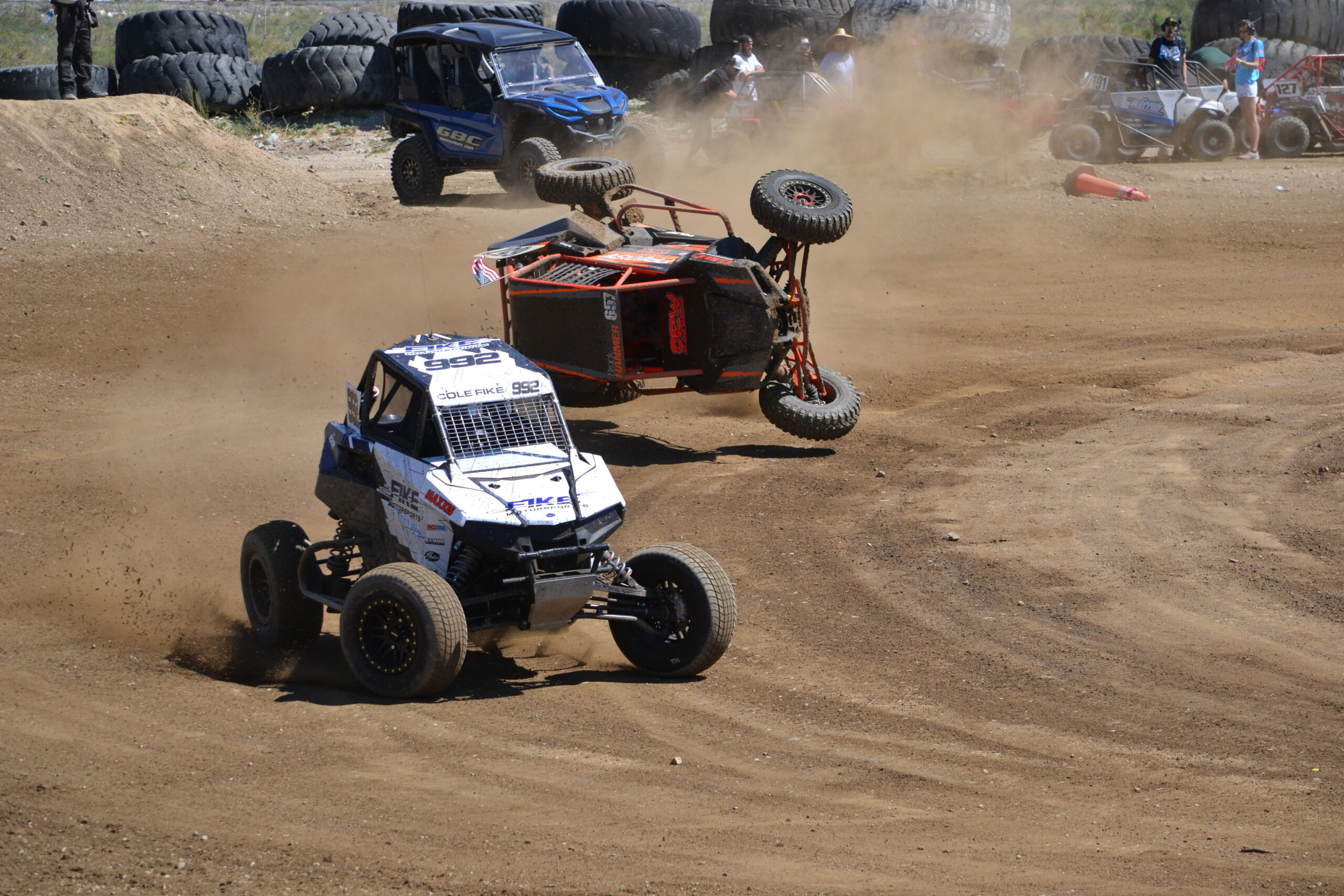 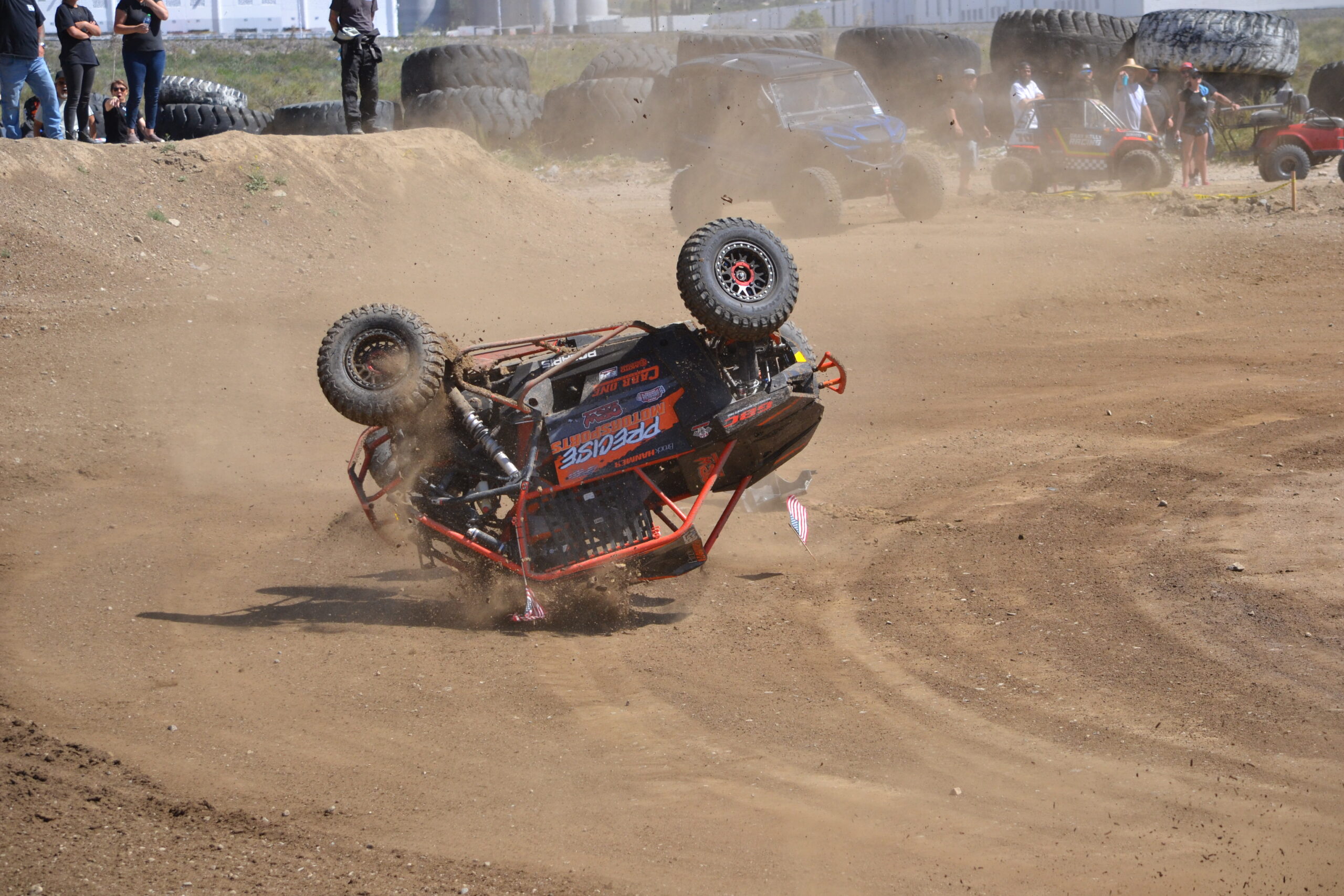 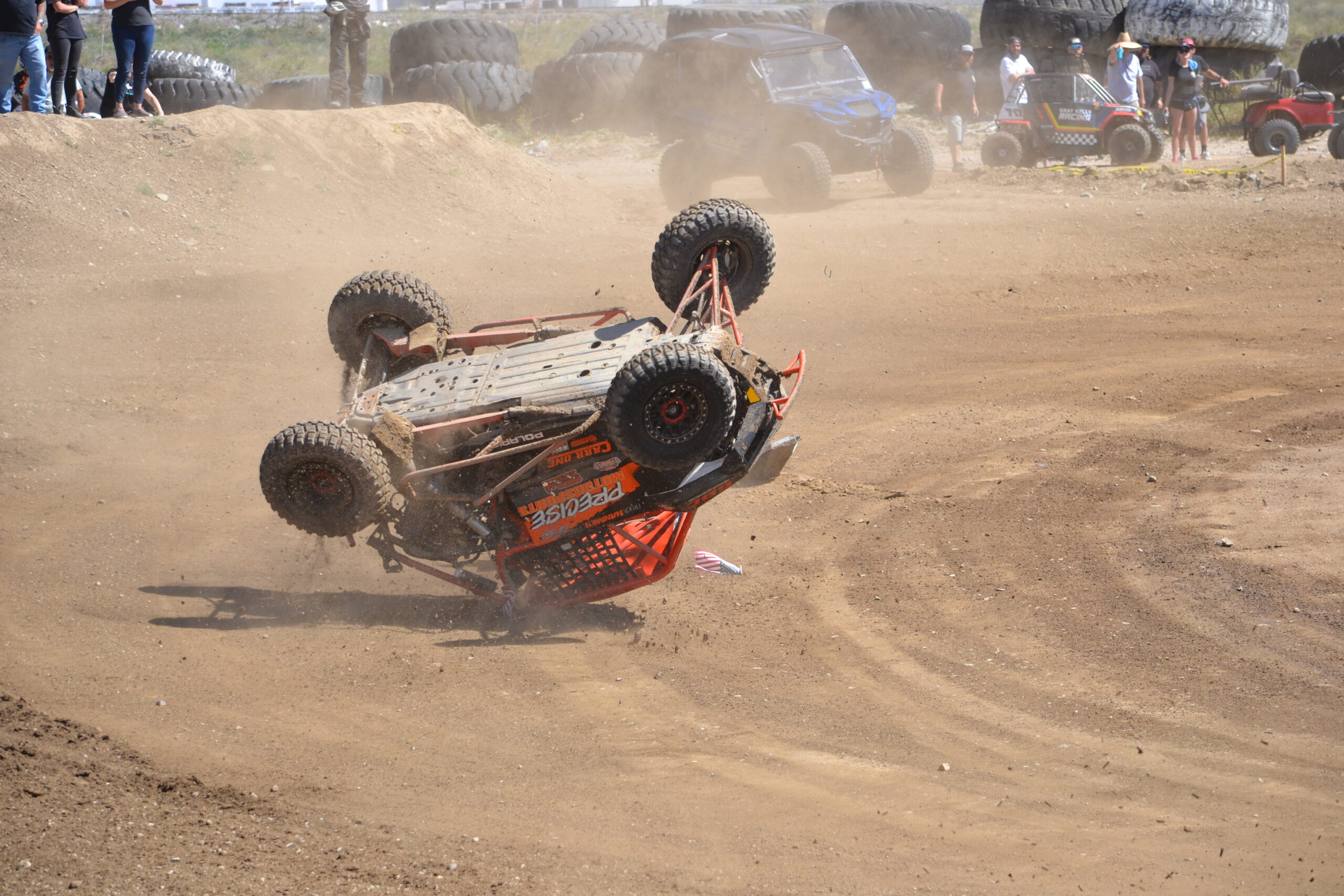 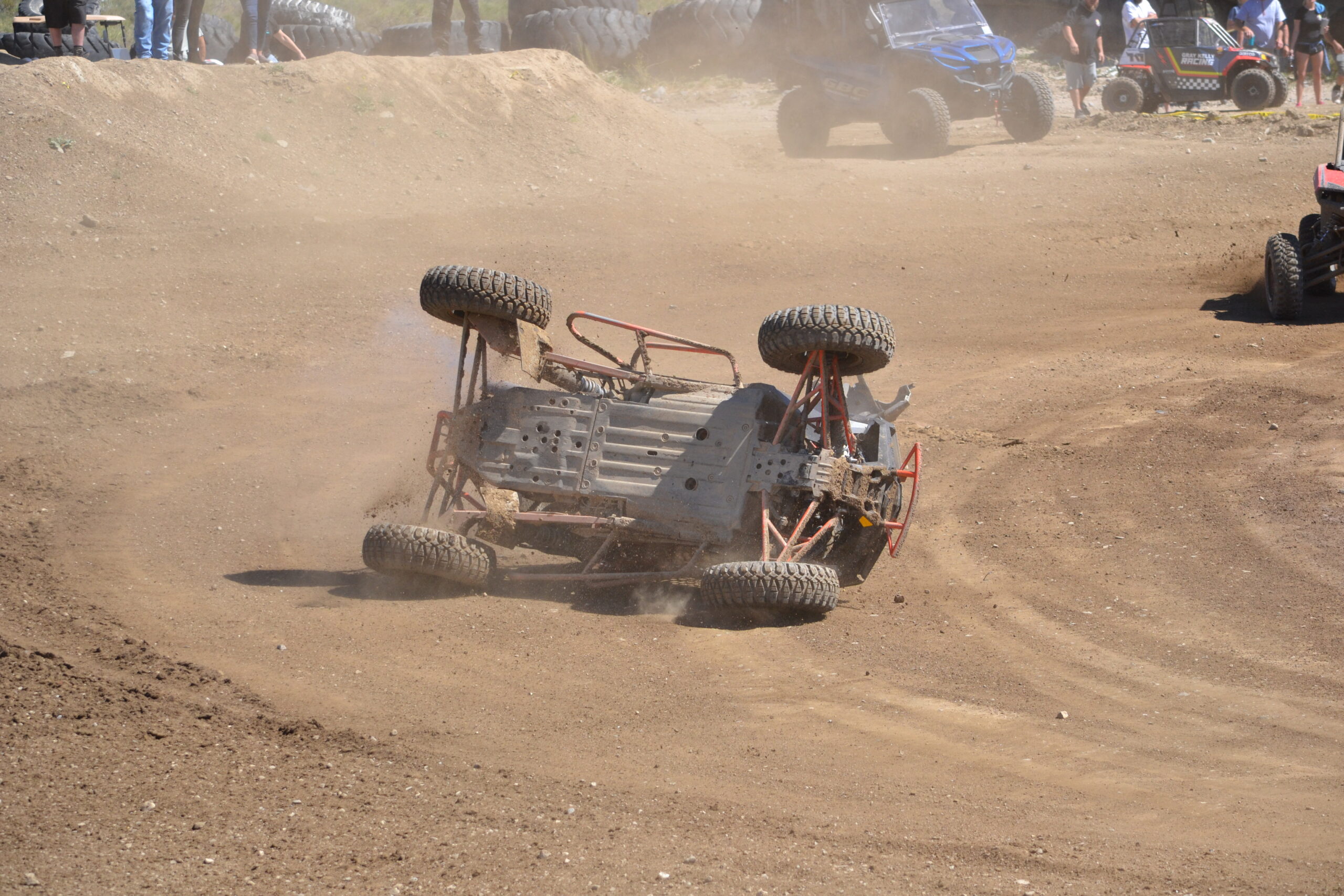