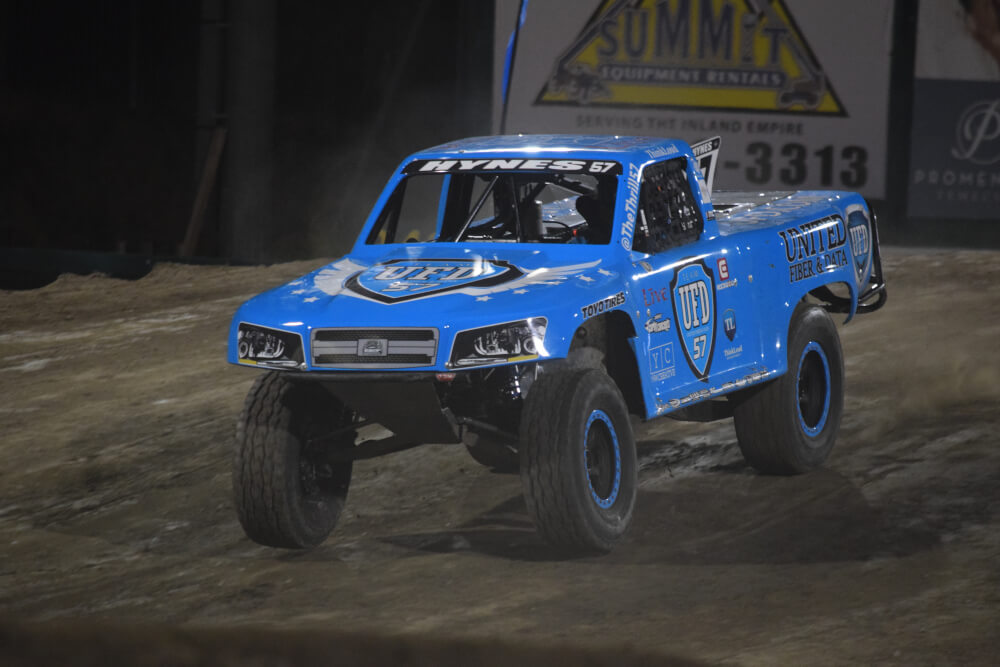 After an extensive video review by USAC and SST officials over the past week it has been deemed that Nazareth, Pennsylvania driver Bill Hynes is declared the winner of Round 1 in the 2018 SST World Championship due to confusion with majority of the drivers in the field pertaining to the use of the joker lap.

Stadium SUPER Trucks President Robby Gordon made the following statement regarding the matter:

“At every professional auto race event a mandatory pre-race drivers briefing is held prior to competition to discuss rules and special procedures. After the completion of the event confusion arose to whether it is possible for a driver to use a joker lap on a restart with less than two laps remaining? USAC officials announced via one-way radio transmission to drivers that no joker laps were allowed to taken thru the completion of the race. However, if a driver did not have radio communication the understanding of the rules would be reverted back to what was told at the drivers briefing. In a private questioner given to all drivers participating in the event the response ultimately showed there was confusion during the drivers briefing on the use of a joker lap on a green flag lap and white flag lap.” 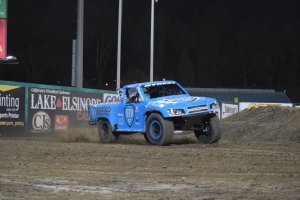 “Bill Hynes, driver of the United Fiber & Data truck, took the joker lap on the green flag lap, and not the white flag lap as originally thought. With that said USAC and SST have overruled the finish of the main event on January 27th, and Bill Hynes has be rewarded with the main event win from the opening round of the 2018 SST Championship at Lake Elsinore.”

After given word of the video review and decision by USAC and SST officials the always-energetic Bill Hynes had the following to say about capturing his first victory in Stadium SUPER Trucks competition.

“I am beyond pumped to capture my first Stadium SUPER Trucks victory. After USAC and SST reviewed all of the video footage, timing and scoring, there was no doubting the winner of this race!” Said Bill “The Thrill” Hynes (#57) of Team UFD Racing, on the occasion of his fifth SST season start.

“I have participated in the series since 2014, and I have worked extremely hard to be able to race door to door with professionals such as Matt Brabham, Sheldon Creed, Paul ‘The Dude’ Morris, and the legend himself, Robby Gordon. Robby and ‘The Dude’ have spent time working with me over the years, and they have opened up their tracks to me to test the trucks and provide the one-on-one coaching time that I needed. I can’t thank them enough for giving me the tools to compete in this series. I especially thank my sponsors: the multi-platinum rock band LIVE, Sparco, Arai, Rockwell Watches and Corby Concepts, in addition to Rockfish Public House and YRK Creative — both from York, Pennsylvania.”