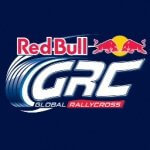 “iRacing is the ultimate opportunity for our fans to feel what it’s like to compete in Red Bull GRC, as well as a valuable practice tool for our teams,” said Red Bull GRC CEO Colin Dyne. “We’re excited to see such a significant positive response from the online racing community already, and we look forward to continuing to develop our sim racing presence…” read more to see which top racing stars are loving GRC!

For more information on Red Bull GRC on iRacing, visit http://www.redbullglobalrallycross.com/iracing.
New users can sign up for three months of service for only $5 with the promo code PR-GRC at http://www.iracing.com/membership.