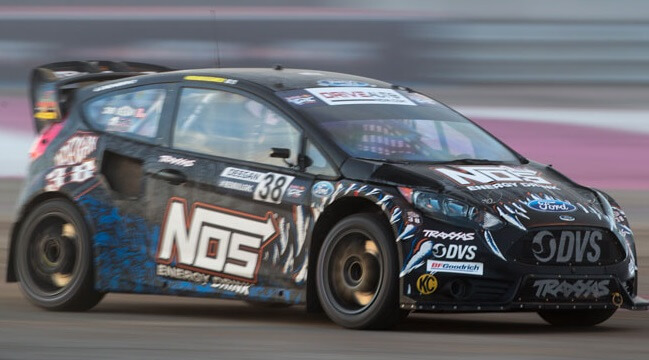 Scott Speed won the Saturday Red Bull Global Rallycross presented by Honda event in Los Angeles then came back on Sunday to clinch the GRC title over teammate Tanner Foust by six points.

“The series is growing tremendously, and I just feel so lucky to have had the opportunity to drive for the first time in Brazil three years ago. We’re on the map, we’re a legitimate racing series in this country, and it just feels food to have been part of it from the beginning.” stated Speed.

Brian Deegan was able to snap his winless streak in GRC competition by making a savvy Joker Lap strategy to make the pass and grab his first win for his Chip Ganassi Race Team.

From the podium Deegan said, “Last year, we came here and were pretty quick, so I was really looking forward to this race.” He then added, “We needed to make it happen the last race, because the team has done such a good job all year. We just kept missing a little bit, and we felt like we had a win a few times, and it was eating at me. We really just had to get it done!”