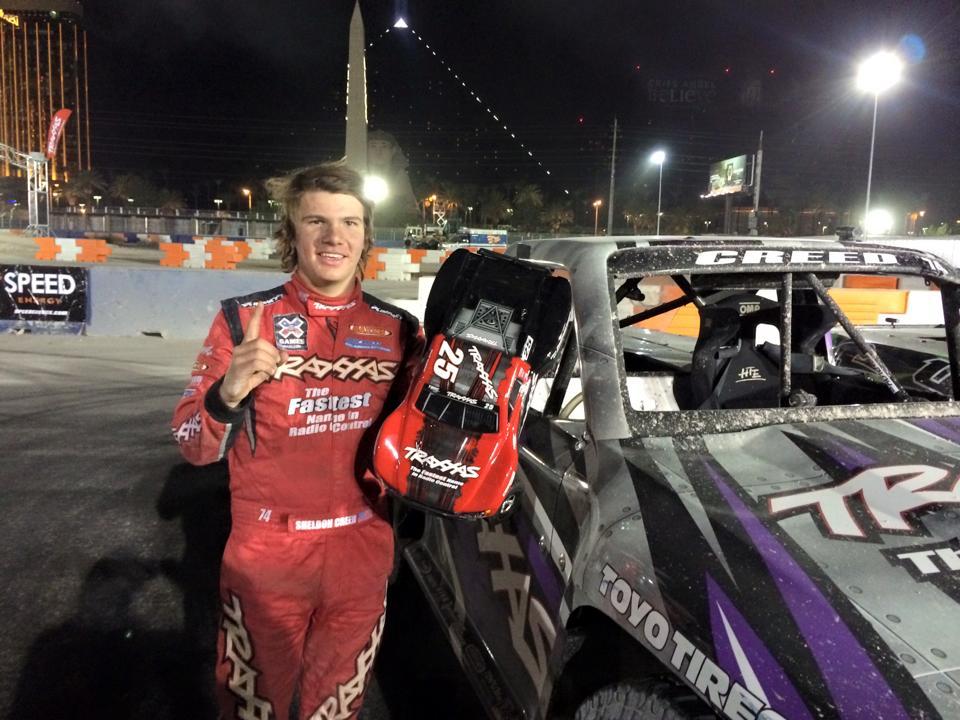 LAS VEGAS, Nevada (November 5, 2015) – Sheldon Creed drove his TRAXXAS truck to victory over Robby Gordon in the season finale of the SPEED Energy Stadium SUPER Trucks, Presented by TRAXXAS, Thursday night. The event was held at the Las Vegas Village in Las Vegas and will be shown on CBSSN November 18 at 9 p.m. ET/ 6 p.m. PT with a re-air on November 22.

As the 2015 North American SST season has come to an end, the season will continue with a non points race at the Coates Hire Sydney 500 December 4-6 in Sydney, NSW, Australia. SST will once again begin its 2016 season at the Clipsal 500 in Adelaide, Australia March 3-6 followed by a full slate of races globally, a complete schedule will be announced in the coming weeks.