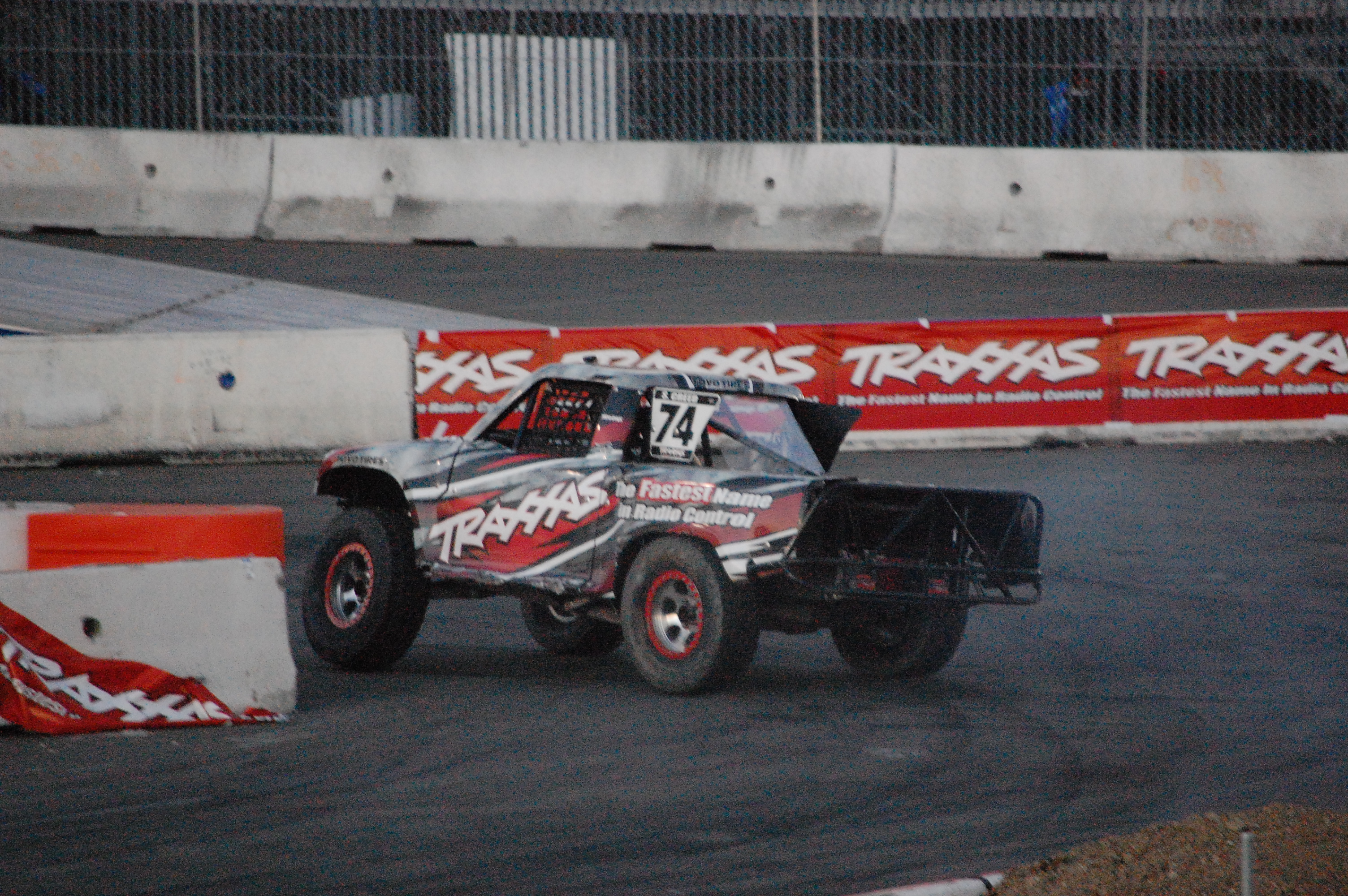 COSTA MESA, California (Sept. 21, 2015) – Sheldon Creed of Alpine, Calif. picked up right where he left off the night before in the SPEED Energy Stadium SUPER Trucks Presented by TRAXXAS series by capturing the SST Sand Sports Super Show Sunday Finale on the temporary dirt/asphalt short course at the OC Fair & Event Center. 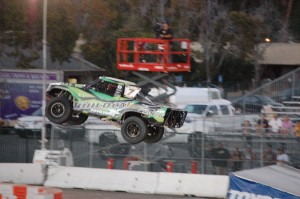 Robby Gordon made a late race mistake after trying to take the lead from Sheldon Creed but had to settle for second.

Creed’s TRAXXAS-sponsored truck fought hard alongside Orange, California’s Robby Gordon for most of the race until Gordon made a late mistake on the final lap trying to get past Creed, which resulted in a loss of valuable track time. Creed would go on to capture the victory over Gordon’s Arctic Cat Wildcat No.7, and third place finisher Burt Jenner in his Gladiator truck.

CBSSN will broadcast the races from the Sand Sports Super Show at 4 p.m. PDT on October 10 with a repeat airing the same night at 8 p.m. PDT.

Following its trip to Costa Mesa, SPEED Energy Stadium SUPER Trucks will shift back to Australia for two events October 23-25 on the streets of Surfers Paradise, Queensland with V8 Supercars followed by a standalone stadium race October 31 at the Spotless Stadium Sydney Showgrounds in Sydney. The 2015 season will conclude and a champion will be crowned the following week November 5 in Las Vegas in conjunction with the SEMA Show.

– 2015 is the third season of SPEED Energy Stadium Super Trucks by TRAXXAS.

– The first SST race was held at University of Phoenix Stadium on April 6, 2013 and was won by off-road racing veteran Rob MacCachren.

– Rounds 4 and 5 of the 2015 season took place at the St. Petersburg Grand Prix in Florida and were won by Sheldon Creed and Burt Jenner.

– Round 7 at the Detroit Belle Isle Grand Prix was won by Robby Gordon. Round 8 was won by E.J. Viso, while Burt Jenner won the final round and was crowned the overall weekend champion.

– The SST by Traxxas series also races at venues including sites along the Las Vegas Strip, in stadiums and at purpose-built courses held in conjunction with large festival-style activities.

– The Stadium Super Trucks raced in Barbados in December 2014 as part of the International Race of Champions.

– The Stadium Super Trucks made their X Games debut with overwhelming popularity in 2014 and were featured live on ESPN and ABC.

– PJ Jones claimed his third SST Victory in three years with Round 13 at Costa Mesa, Calif.

– Sheldon Creed captured his fifth victory of 2015 in Round 15 at the Sand Sports Super Show in Costa Mesa, Calif.

– At every SST event, fans can test and purchase Traxxas RC cars and trucks at the Traxxas display. At OC Fair & Event Center display and “Try Me Track” is located in the paddock which like the SST paddock is open to general admission ticket holders.

– Every SST truck competes on unmodified DOT-approved Toyo Tires. A fan can purchase the same Toyo A/T Open Country 35×12.5xR17 tires for their truck or SUV.

– Various SST by Traxxas videos, which have generated more than 10 million views since Dec. 1, 2014, can be seen atwww.facebook.com/stadiumsupertrucks.