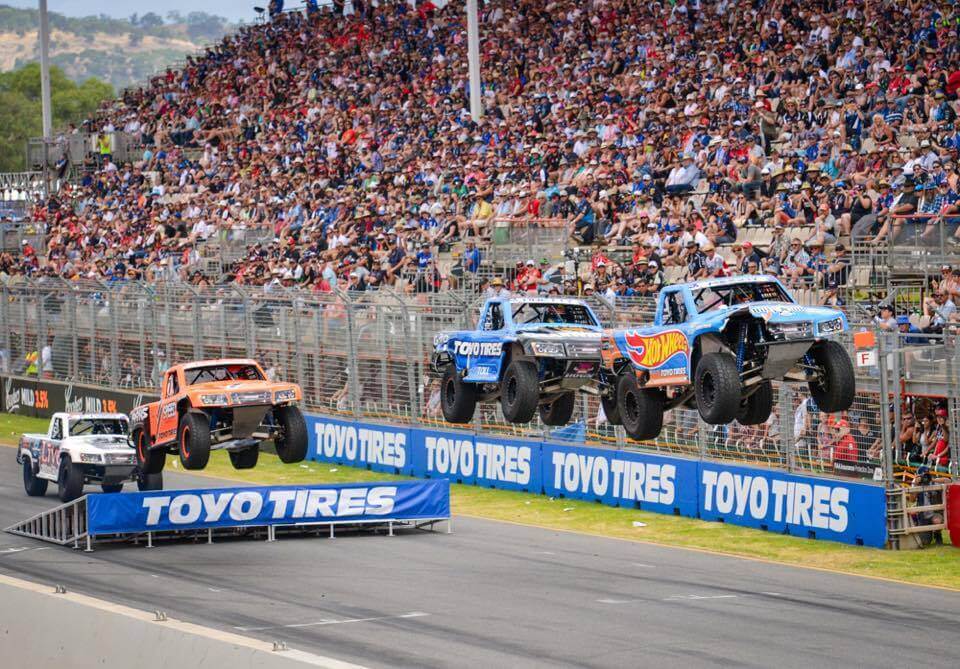 The Grand Prix Association of Long Beach announced today that the SPEED Energy Stadium SUPER Trucks has signed a multi-year agreement to return and race at the Toyota Grand Prix of Long Beach starting in 2017.

Popular with Grand Prix fans, the Stadium SUPER Trucks series, founded by racing legend Robby Gordon, features high-horsepower trucks that not only race around the world-famous 1.97-mile, 11-turn Grand Prix racetrack but also jump high in the air utilizing a series of temporary ramps placed throughout the circuit. Long Beach is the third of 10 racing events on the 2017 SUPER Trucks schedule.

“It’s great to come back to Long Beach for our fifth year,” said Gordon. “It’s pretty cool that we’ve been able to build a good following there and wow the fans. We’re really proud to be back because, in my mind, the Grand Prix of Long Beach is the biggest street race in North America.”

“I know our fans are delighted to once again have the SPEED Energy Stadium SUPER Trucks at Long Beach this year,” said Jim Michaelian, president and CEO of the Grand Prix Association of Long Beach. “They have proved to be an amazing attraction and a highlight of the weekend racing action.”

The SPEED Energy Stadium SUPER Trucks will run practice and qualifying on Friday with races on Saturday and Sunday afternoons.

Featuring a wide variety of on- and off-track activities for the entire family, the Grand Prix will be headlined by the IndyCar Series, as well as the BUBBA burger Sports Car Grand Prix, featuring the IMSA WeatherTech SportsCar Championship and its all-new prototype cars. In addition to the Stadium SUPER Trucks, the weekend will include the Motegi Racing Super Drift Challenge under the lights on Friday and Saturday nights and the powerful sports cars of the Pirelli World Challenge.