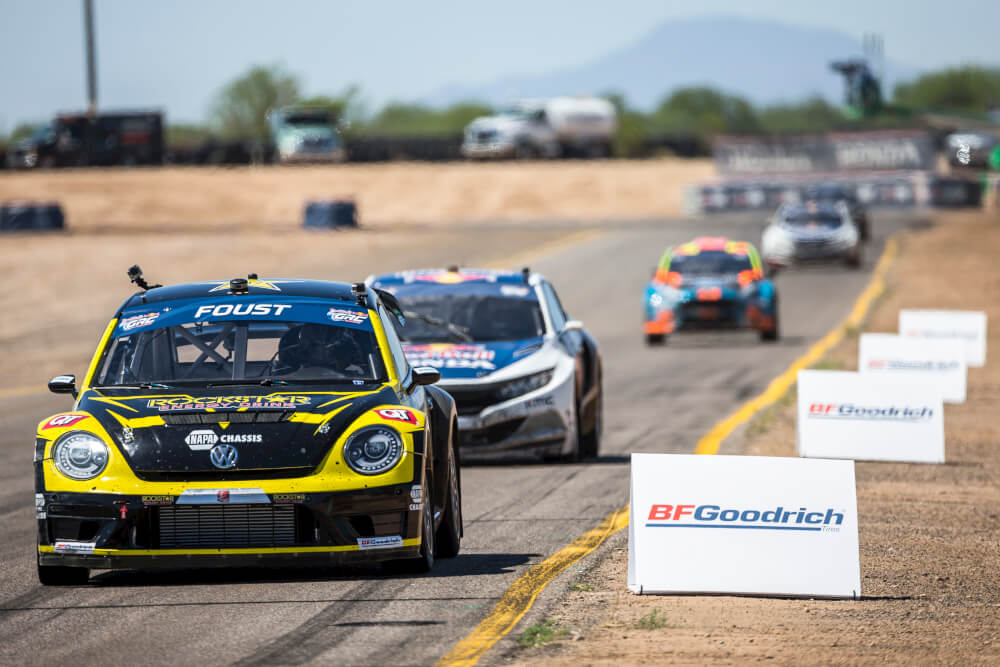 Tanner Foust proved untouchable at Wild Horse Pass Motorsports Park during the 2016 Red Bull Global Rallycross season opener. Foust swept both events of the doubleheader giving him a record setting eighth and ninth career victory in the GRC. The wins earned him the all-time Supercar win record. Besides that Foust became the first driver to sweep more than one doubleheader event in his Red Bull GRC career. As a team Volkswagon Andretti Rallycross did nto lost a heat, semifinal, or main event all weekend.

On Saturday Foust won both his heat races and the semifinal giving him lane choice the main event. Foust was able to jump into the lead not to he headed with his closest rival being teammate Scott Speed, That is until Speed made contact damaging his Volkswagon Andretti Rallycross Beetle. That put Patrik Sandell Bryan Herta Rallysport Ford fiesta ST in second. Brian Deegan in his Chip Ganassi Racing Ford Fiesta ST managed to finish third. The podium earned Deegan his 12th podium of his Red Bull GRC career.

On Sunday once again Foust pulled out front with teammate Scott Speed in second. With these two out front the field had to settle for battling for the final podium spot. When the checkers flew it was Sebastin Eriksson giving Honda Red Bull Olsbergs MSE a trophy in its first race with a brand new car.