Battle South of the Border 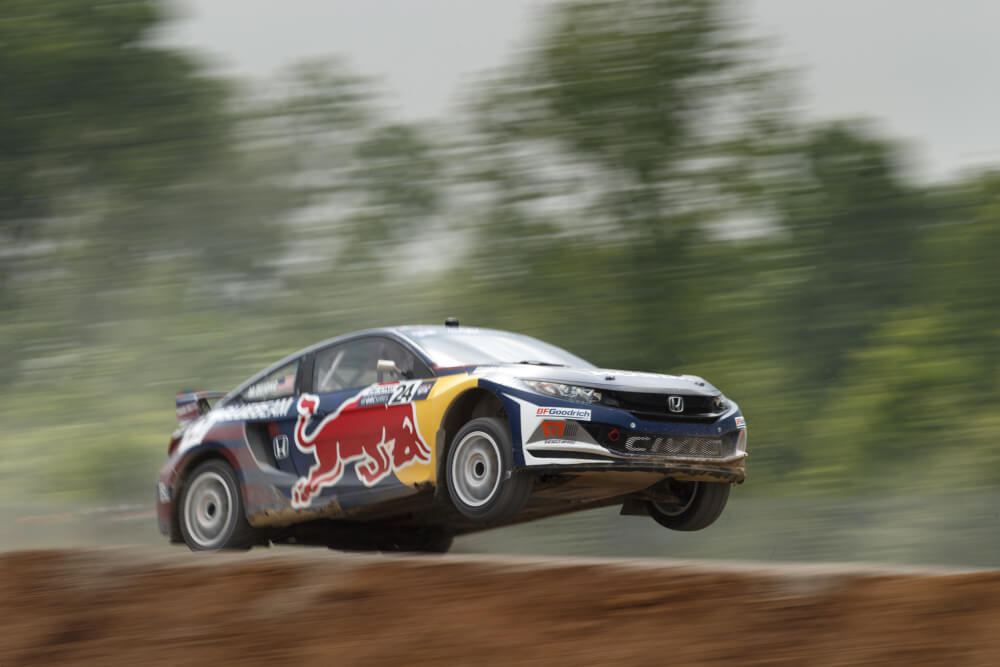 The 2017 Red Bull Global Rallycross season rolls on this weekend with the series’ inaugural event in Louisville. The Kentucky Exposition Center will play host to a purpose-built, .699-mile rallycross course featuring a challenging mix of dirt, tarmac, and the series’ signature jump!

After winning the season opener in Memphis, two-time defending Supercar champion Scott Speed appears well on his way to a third crown for Volkswagen Andretti Rallycross. But fellow Memphis podium finishers Tanner Foust and Steve Arpin, as well as factory-backed entries from Honda and Subaru, will look to give him a run for his money on a brand new course.

If you can’t join us on site, don’t miss all the action this Sunday at 1PM ET on NBC!