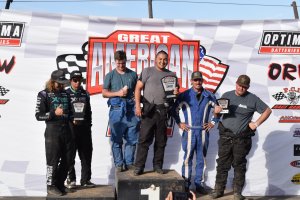 Rounds 1 & 2 of the new Great American Short Course (GAS) series powered by OPTIMA Batteries, was held at the SBC Fairgrounds in Victorville, CA April 10 & 11. Due to the pandemic spectators were limited to a total of 300 per day but those in attendance were treated with some high flying racing action. The event drew 141 drivers.

The new series was formed after the 2020 pandemic caused the LOORRS series to dissolve. Veteran short course race series director Lee Perfect joined forces with Dave Cole of Hammerking Productions creating the Great American Short Course GAS series. The opening rounds at Victorville are the beginning of an eight race series to climax Nov 13-14 at Glen Helen Raceway in San Bernardo, CA. As part of the final event GAS Co-founder Dave Cole and Robby Gordon’s Stadium Super Trucks, SST will have their final event of the year and share the same facility. The two hope to create better opportunities for their racers, fans and sponsors with their joined effort. One step the two created towards better opportunities for racers will be giving GAS class champions from MOD Kart, Production UTV, Production Turbo UTV, Pro Buggy, Pro Lite and Pro 2 the opportunity to get behind the wheel of a Stadium Super Truck competing head-to-head at a new event they created titled the Off Road Race of Champions ORROC set to be held in early February during the 2022 King of Hammers in Johnson Valley, CA. 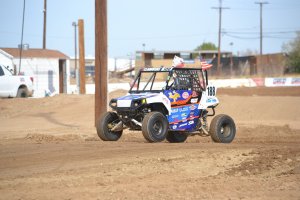 In the first ever GAS race on Saturday George Llamosas took an early lead in the RZR 170 Main and crossed under the checkers first. Llamosas was followed across by Ian Torfi, who had moved into second midway and was able to hold off Jennifer Owens, who finished third. When they returned on Sunday Llamosas would move into the lead on lap two and hold on for the win. Second was Aden Aguilar with Dester Waren finishing third. 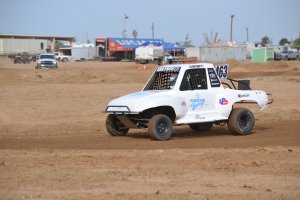 G3 Argyros won the first RTL Traffic J2 Kart Main Saturday after running third most of the race. On the last lap the front runners, Brodie Martin and Chaden Zane Minder, tangled in the final corner allowing Argyrod to drive by for the win. Olive Hoover was second and Jessie Owens third. Martin and Zane Minder finished fourth and fifth. At the finish of Round two the finish order was the same as on Saturday. 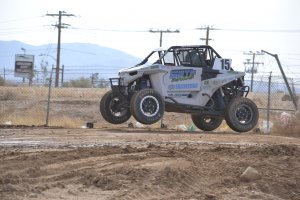 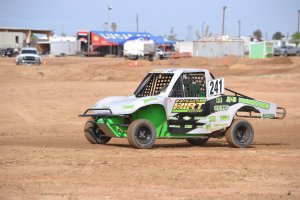 Travis Jones moved into the AM Ortega J1 Kart Main lead on lap three and held on to take the checkers. Stone Hall finished second with Chase Berry third. Round two ended with some excitement as Brixton Wirt had the lead with Chase Berry making a last ditch effort at the finish line. Wirt would win by the length of his front fender. Luke Berry was third. 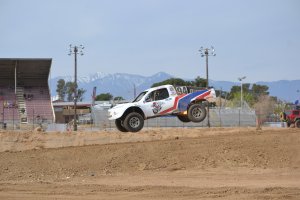 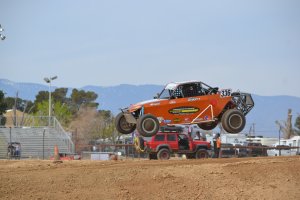 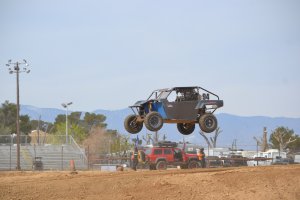 In the Weller Racing SR1 UTV Main Dustin Nelson set quick time during qualifying then came back to win the Saturday event. Nelson started outside the third row and moved through traffic for three laps before taking the lead. Jason Weller kept Nelson busy most of the race but in the end couldn’t match Nelson’s effort. Matt Land finished third. Sunday’s SR1 event pretty much was the opposite of Round One. That is it was Jason Weller qualifying fastest then coming out to win over Dustin Nelson. Matt Land held on to repeat his third place finish. 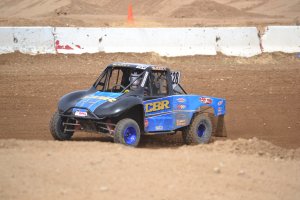 The Cylex Signs Mod Kart Main saw Braden Charamonte take the win but had to hold off a hard charging Connor Barry right from the start. Barry earned his second spot with Trey Eggleston third. Round two winner was Connor Barry after he and Trey Eggleston traded the lead a couple of times. Eggleston held on for second and Talan Martin rounded out the podium. 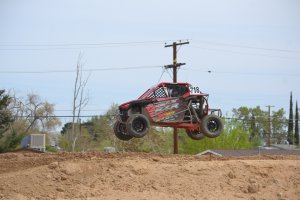 Eight starters were in the Production Turbo UTV Main that was plagued with cautions. At the end there were only two on the lead lap with Chance Haugen taking the win and Kevin Walsh second. Finishing three laps for third in class was Dan Kelly. Round two saw a lot of action between Chance Haugin and Dan Kelly. The two battled hard until Kelly got up on two wheels and bicycled all the way around turn four. He would safe it but Haugin motored on. After the competition yellow Kelly would spin out putting him in the back of the pack and giving Haugen a clear run to the checkers. Lance Root was second and Anthony Ochoa crossed over third. 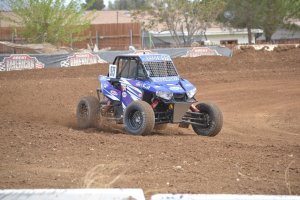 The largest class was the Production 1000 Main with 16 starters. Cody Hodgson was the early leader but soon had the eventual winner Dallas Nord challenging. Late on Nord passed Hodgson and Hodgson would attempt to retake the lead but rolled in turn two. Braydon Beatty took over the second spot and was not able to find away past Nord. Third was Billy Nichols. Braden Charamonte would take the win on Sunday with Dallas Nord second and Billy Nichols third. 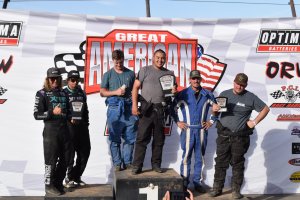 There were five Class 11 cars entered for Round One. Right from the start Ryan Rodriguez jumped out front with Bryan Crofts trailing. Tim Sletten was behind Crofts. At the finish the three remained in that running order. Round Two again saw Rodriguez take control but had a hard charging Blake Wilkey challenging his every move. More than once Wilkey would pull alongside but Rodriguez was able to hold on for the win over Wilkey. Tim Sletten finished third. 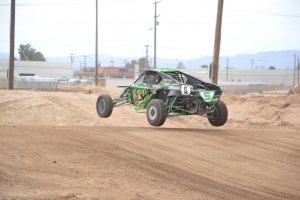 So Cal Fleet Services Pro Buggy Round One was dominated by Trevor Briska who led each lap. Keeping Briska in sight was Trey Gibbs who would finish second and Dale Ebberts was third. On Saturday Matt Brister had a rear flat causing him to limp around the track. On Sunday his tires held and he would dominate the race even though he had Dale Ebberts within striking distance of him. But once the checkers came out it was Brister first, Dale Ebberts second and Trey Gibbs third. 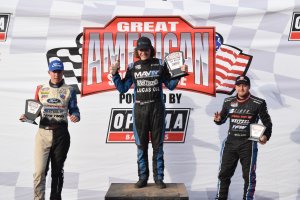 The Pro Lite class had nine entries but after two days of racing there were repeat podiums. Madix Bailey would take the win Saturday with Christopher Polvoorde second and Jimmy Weitzel third. On Sunday the finishing order would remain the same but the last lap effort of Polvoorde brought the crowd to their feet. The two fron runners were nose-to-tail and Polvoorde went inside Bailey on the final turn of the race. The two got together and both skimmed the inside berm, with neither lifting creating a fantastic drag race to the finish line with Madix Bailey holding on for the win and Christopher Polvoorde second. Jimmy Weitzel was third. 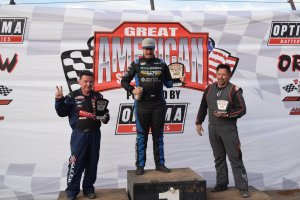