At the end of each race season, once all the championships have been decided, Lucas Oil Off Road Racing Series puts on a Challenge Cup event with extra $$$$ on the line for the race teams. The race for dollars pitted the Pro 2 Unlimited with the Pro 4 Unlimited, with the Pro 2 Unlimited getting a half a lap head start. The Pro Lite Unlimited also got their chance at the money in their own class. Of course the Pro Buggy racers couldn’t be left out as they had their own dash for cash event. Also Production 1000 UTV’s got into the money market as well. Podium finishers in the Modified Karts also took home some spending money. 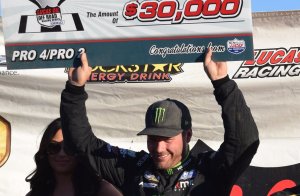 Standing on top of the podium with a check for $30,000 for winning the Pro 2 and Pro 4 Unlimited event was Kyle LeDuc, which was his second Challenge Cup win in a row. RJ Anderson added $15,000 to his bank account for second place and Doug Mittag crossed over third for $7,500. Taking home a check for $1,000 was Rob MacCachren for being the top finisher in the class that did not take the overall win. 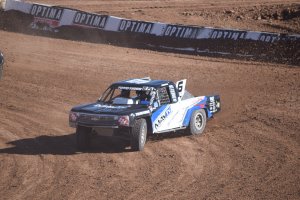 When the dust had settled on the Pro Lite Challenge Cup Brandon Arthur was all smiles holding his $10,000 check on top of the podium. Brock Heger was second with a win of $5,000. Ronnie Anderson was third with a take home check of $2,500.

The Pro Buggy Challenge Cup was won by Kevin McCullough who took home his $10,000 for the win. Second place, Eliott Watson, earned $5,000 while Darren Hardesty Jr finished third for $2,500. 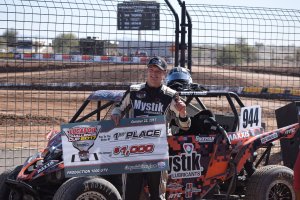 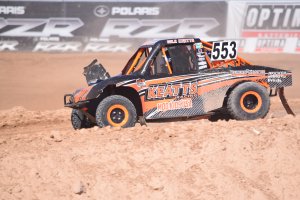 Cole Keatts drove to victory in the Modified Kart Challenge Cup event to earn $600 in what is said to be hsi final Kart race before moving up in class. Brody Eggleston crossed over second for a $300 win. Chris Nunes finished third for $200 in his pocket.