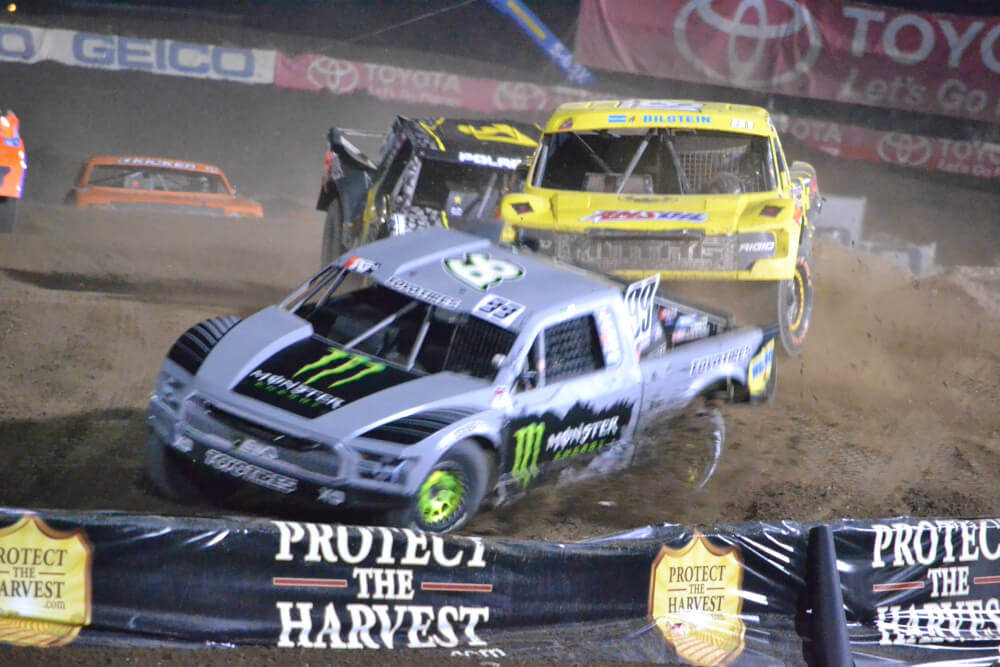 Two nights of racing under the lights were held at Glen Helen Raceway with Friday night hosting Round 9 of the Lucas Oil Off Road Racing Series, presented by GEICO. The 2019 season is winding down as the final two rounds are set for Oct 21-21 at Wild Horse Pass Motorsports Park in Chandler AZ. Race summary follows. Click on Read the Full Article to read Scott Neth’s coverage.

With championship battles in high gear the fans were provided with plenty of high flying action. In fact Pro 2 current points leader Rob MacCachren who has often been referred to as an off road pilot may now be called off road astronaut after Friday night’s launch off the jump before turn five. MacCahcren was attempting to take third away from Rodrigo Ampudia on the final lap when he came of the jump vertical and landed on his rear bumper before twisting around and landing hard into the corner. MacCachren was fine but the truck needed some work. Ampudia was able to finish in third. RJ Anderson took the win with Brandon Arthur second. When the checkers came out Saturday night it was Brian Deegan winning with RJ Anderson second and Jerett Brooks was third. Rob MacCachren leads the series with 489 point. RJ Anderson has earned 462 and Rodrigo Ampudia has 441. 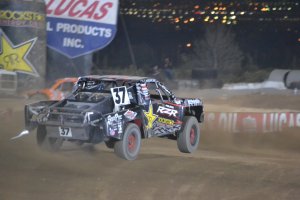 In the Pro 4 event the early race was between RJ Anderson and Kyle LeDuc. The two fought hard until LeDuc pulled off. This allowed Doug Mittag to close up on Anderson with Greg Adler in the mix. Mittag would wear Anderson down to take the lead and eventually see the checkers before Anderson. Greg Adler was third. RJ Anderson came back the following night to take the win over Greg Adler. Adrian Cenni was third. RJ Anerson leads the class with 495 points earned with Doug Mittag 484 and Kyle LeDuc has 468. 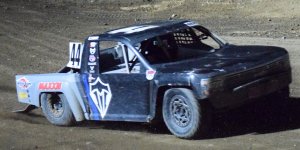 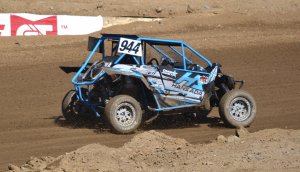 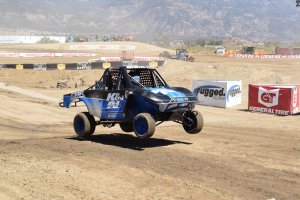 Connor Barry took home the #1 trophy on Friday night for JR2 Kart’s. Holden Heitritter was second and third was Broeday Graham. When the dust had settled Saturday night it was Ethan Ebert standing atop the box with Rhyan Denny second and Talan Martin third. Connor Barry holds the lead in the series with 422 points. Second is Ethan Ebert with 373 and third is Holden Heitritter with 349.