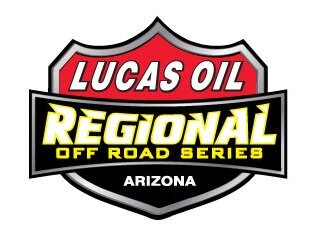 There were eight RZR Stock & Modified contestants that went out to qualify with Jessie Owens showing the pack the quickest way around the track. Ryder Chapman was a close second and Kyle Orlando was third quickest. In the Shootout event Jessie Owens jumped from the second row starting position to take charge on lap one. Cole Schmid held second until lap two when Chapman made the pass with VanBeekum also making his move into third. At the finish it was Jessie Owens on top of the podium Ryder Chapman second and Ryder VanBeekum third.

Allie Espinoza was the fastest JR2 Karts qualifier. Maddie Dye was second and Lane McDonald third quickest. Once on track for the Shootout Bronsen Chiarmonte became the dominant racer as he took charge on lap two and held on for the win. Mason Prater moved into the second position on lap four and was able to finish in that position. Lydia Small was able to take the final podium position.

There were 14 JR1 Karts sent out to qualify and at the end of the session it was David Gasper setting quick time. Landon Coombs was second fastest and Hank Hill was third. Having qualified sixth Ethan Ebert started from the front row and was able to hold the lead for seven of the 10 lap event. Having to move from his seventh starting spot Luke Knupp had worked his way through the pack before taking Ebert’s lead. Also on the move was Gasper who settled into second on lap three and held that spot to the finish. On the podium it was Luke Knupp, David Gasper and Ethan Ebert.

Ryan Anderson was the fastest qualifier in Pro Buggy & limited Buggy session. Anderson saw Brady Whitlock qualify only 0.013 seconds difference in his time. Dealy Pentico was third. When the checkers came out on the Shootout event Anderson was first and Pentico second with Whitlock third.

Cole Keatts would set fast time in the Open Pro-Full Stock-Open V8 qualifying session. Rich Ward was second fastest with Justin Suhr third. When the field of six went out for the Shootout Keatts once again proved fastest taking the top spot on the podium. Justin Suhr finished second and third was Rich Ward.

In a field of 15 contestants Corry Weller set quick time in the SR1 Championship with Bryan McCormick second. Scott Webster was third. in the Shootout Weller would start on the third row. When the green came out Jamie Regina led the pack around turn one. Regina would keep the lead until lap four when Weller made the pass. Webster would then take over second on the following lap. On the next to last lap Brandon Kilgore was able to take the final podium spot from Regina. So standing on the podium it was Corry Weller with Scott Webster second and Brandon Kilgore third.

Trey Gibbs set fast qualifying time in the field of 14 Mod Kart contestants. Cole Keatts was a real close second with only 0.003 seconds separating them. Conner McMullen was third. When the green flag came out on their Shootout McMullen jumped out front with Mia Chapman second and Keatts was third. On lap four Keatts had moved up to take the lead from McMullen. Also moving through the pack was Gibbs who moved into the second spot on lap nine. At the checkers it was Cole Keatts taking the win and Trey Gibbs was second with Conner McMullen third.

There were 18 Unlimited & Production UTV sent out to qualify and as the dust settled it was Robert VanBeekum setting fast time with a best speed at 80.840 mph. Corry Weller was second and Jeff Oberinge third. In the Shootout Dustin Nelson set the pace with Paul O’Brien second and Daely Pentico third. Nelson would give up the lead on lap three to VanBeekum. At the end of the 12 lap event it was Robert VanBeekum crossing under the checkers first. Dustin Nelson was second and Corry Weller had moved into third on the sixth lap.